News
My Love of Working On A Large Scale
Previous
Next

One of My Largest Paintings 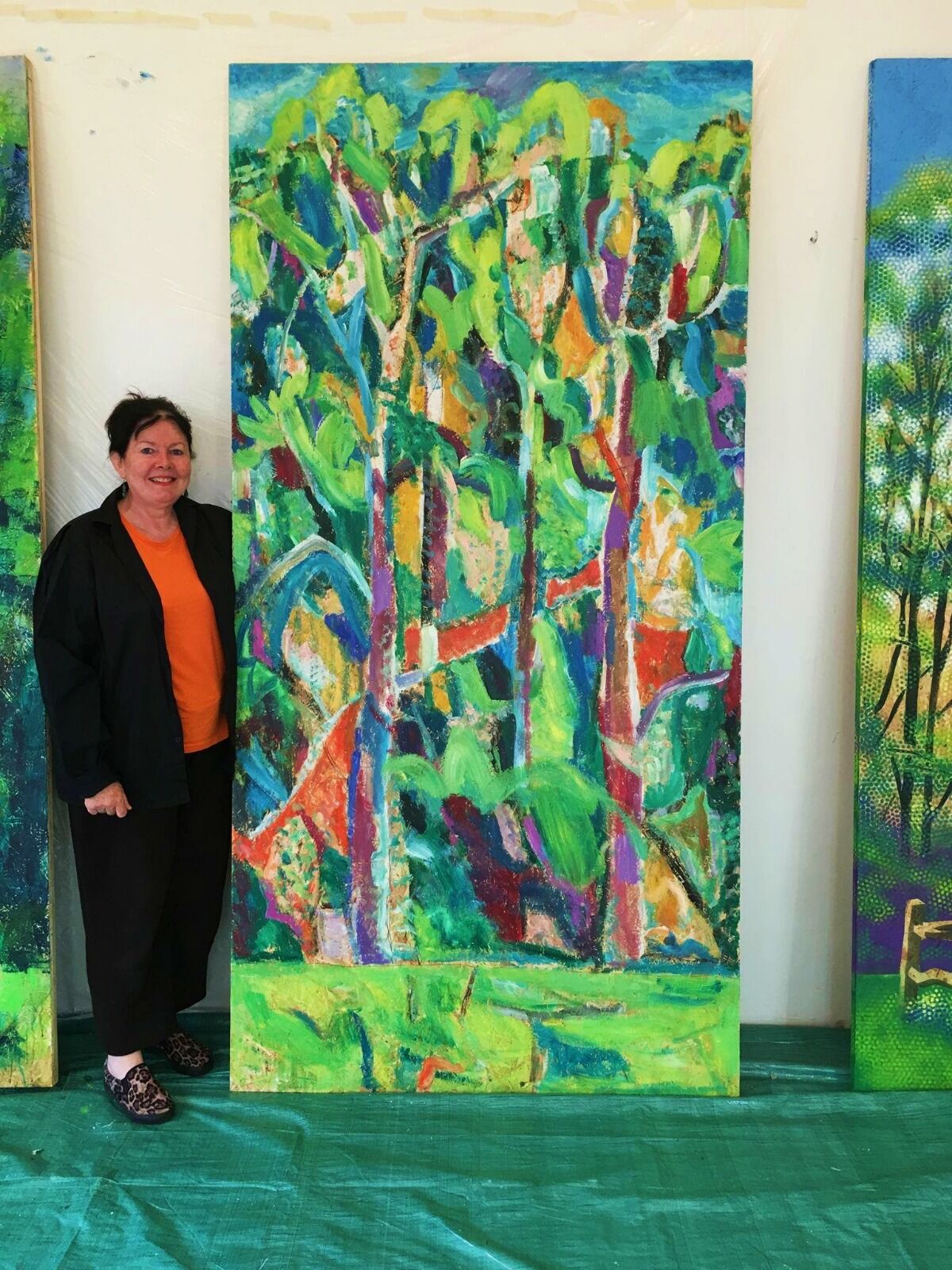 I'm posting this photo because generally the photos in my albums don't convey a sense of scale of the artworks when they are large. Much is lost when displaying photos of large artworks; textures, paint, colour, and the scale of elements seem to lose much of their dynamic unless seen in reality.

This painting, called 'Path Into The Forest,' is 8 foot high and 4 foot wide. It was painted on OSB 2 as part of an open studios demonstration and I loved painting with oil and acrylic on the rough textures of this wood based support. Pieces of the support show through in places. It took 3 weeks to complete. I had no plan other than using trees as a starting point but quite early on a path crept in to the painting. Paths have often featured in my work as metaphors for the journeys people take in their lives, and I like the questions that paths can create.

I especially love to work on a large scale. The largest paintings I ever made were on both sides of a corridor in a tavern in Nicosia, the walls being 22 foot long and 7 foot high. I also won materials to make a 12 foot by 4 foot landscape (across 3 canvases) at art school, and have worked on quite a few large canvases across several themes. in 1997 I took part in the 20th Century Art Exhibition in which artists were commissioned to make huge copies of famous artworks. I chose Cezanne's Bathers and it was 10 foot by 5 foot, on canvas.
Next
Previous