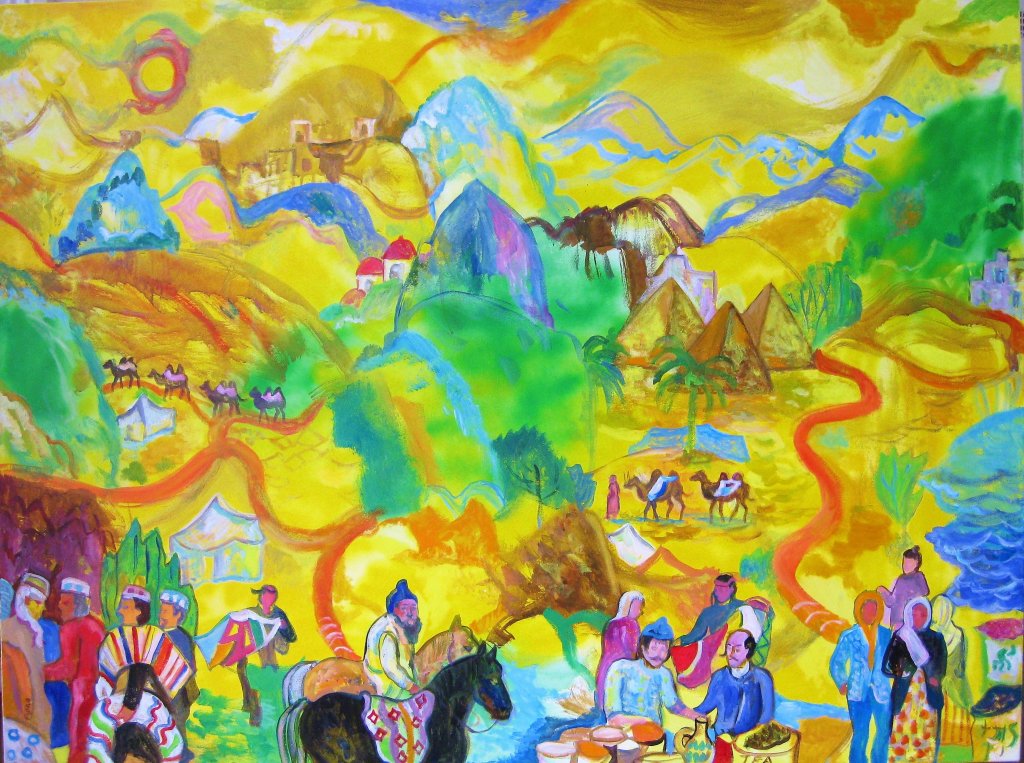 I submitted a large painting for the 7th Beijing International Art Biennale, to be held at the National Art Museum of China from 24th September 2017. This year the theme was 'The Silk Road and the World's Civilisations.' My painting is called, 'The Silk Road and Human Exchange.' It features the landscape as bathed in sunshine but it can also be seen as a piece of yellow silk, with the sky in particular resembling yellow silk blowing in the wind. Various traders can be seen along the lower edge, and far in the background is the Great Wall of China.

My painting is on canvas, 160 cm x 120 cm, and it is acrylic with a little spray paint. Though I did quite a bit of historical research, I also researched ancient Chinese paintings on silk and paper. Mostly the painting evolved as I painted but I made a watercolour sketch initially which was submitted in a Powerpoint to the Biennale Committee as my idea. This watercolour idea was accepted so I went ahead with the work on canvas, though I changed and moved a few elements around and let other elements emerge.

My painting is travelling to China by air in mid-August and the official Opening is September 24th 2017.

I had a smaller painting accepted for the 6th Beijing International Art Biennale in 2015. China has been a source of inspiration for me since I was a child.
Next
Previous